We had a few jobs to do on the range so some of us went along on Saturday to sort things out. It turned out to be busier than expected. Frank and George travelled the perimeter and added all the danger signs, recorded them on a map ready for our saftey certificate inspection.

We had a pile of Sand bags and the new targets to move up range so we shifted that lot in the 4×4’s ready for installation in the butts. 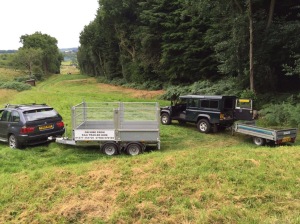 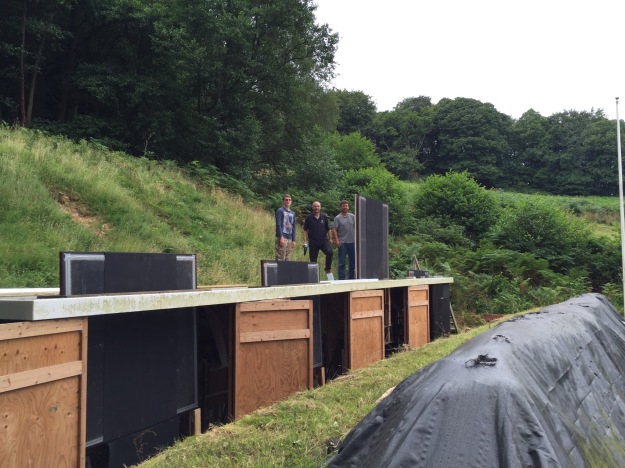 The new targets are now fitted and the useable parts stripped from the old ones for spares. We have reused the old target fronts for now but will be ordering some new ones at some point.

The front mantlet has been refilled with sand and covered to stop it washing away. The repair will last longer if you keep your shots on the actual target! 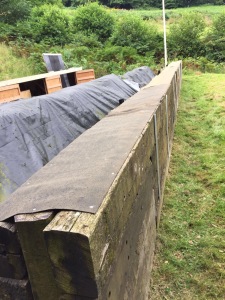 The 200 hut has. Had non slip strips added to the steps and has been tidied up. Woe betide anyone who leaves the hut untidy or damages the new targets with an un-zeroed gun! 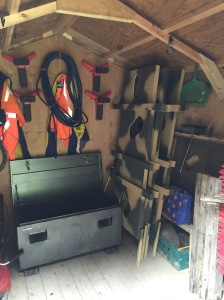 The Barricades have been reduced in height by 3 inches so no more shooting on tiptoes!

So a few jobs turned into a long day so thanks to everyone who came along. I would have asked for more help but I didn’t realise the sand would be available this weekend. We will have to form a human chain up the bank to add the sand to the butts and we will do this during the next few shoots so don’t worry you will get to lend a hand.

From me and on behalf of all the members I would like to thanks those who made this possible as it has been a huge effort on the day and for weeks beforehand to get this lot sorted.

I did a bit but had some help. 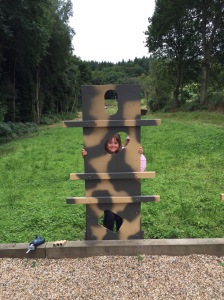